Amateur yet unashamed, over its lifespan (1978- 1986) The Mancunian Gay magazine documented the evolution of the LGBT rights movement in the UK. Its front pages shed light on a dynamic and vibrant era for queer community activism during the 1980’s. An era equally defined by homophobia, police harassment and the AIDS crisis. 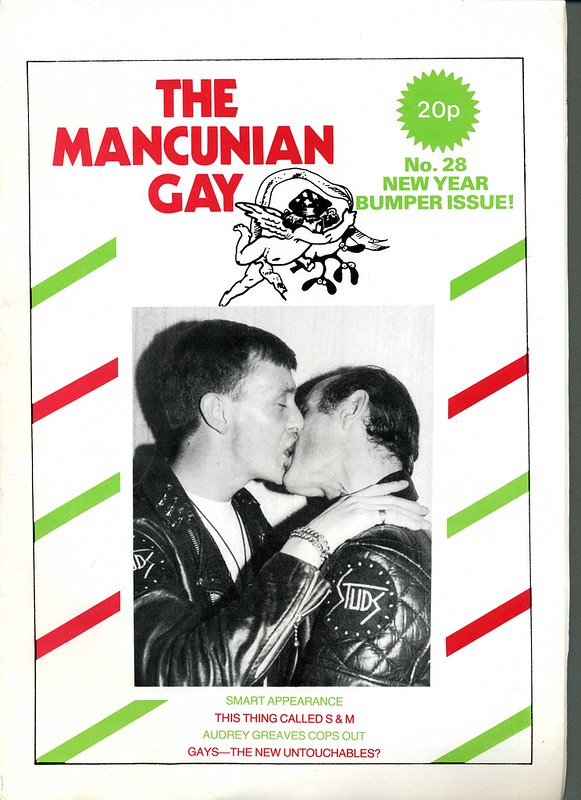 The Mancunian Gay was one of many regional LGBT publications that emerged during the 1980s. Unfortunately the legacy and history of community based gay publications have hardly been touched upon.

It was the need to unravel these hidden histories that drove this project forward. To give what was once the voice of Manchester’s LGBT community an online platform for research and discussion. This project also served to archive the oral histories of the magazine’s workers and contributors. These voices not only laid the foundations to documenting the magazine’s history but also gave an insight into the emotions that fuelled this radical movement.

A collection of The Mancunian Gay editions are currently archived at Manchester’s Central Library. It was during the early stages of my research that I came across an article that showcased the appointment of The Mancunian Gay’s first full time worker, Andrew Lowrey.

I was lucky enough to get in contact with Andrew and organise an interview via Skype – due to him currently living in Spain.  During this Interview Andrew discussed the difficulties faced by Manchester’s gay community during the 1980s.

Within this period of uncertainty, Manchester’s gay community was largely isolated by social stigma and anti-gay laws such as Section 28. The police were also well known for acts of blatant harassment towards members of the LGBT community.

The need to reject such oppressive ideals accumulated in the creation of The Mancunian Gay magazine.  Its purpose was solely to express the social, cultural and political subject matters that were unique to Manchester’s gay community. But the radical themes of protest, debate and satire against anti-gay prejudice – established the magazine as a driving force in local queer activism.

The Mancunian Gay magazine gave dispersed and isolated queer people an outlet for participation and inclusion as it featured community venues and events. When we think of how the LGBT community was able to communicate during the 1980s, we must understand the importance of a gay community magazine that connected queer people before the internet connected the world.

The demise of community based gay publications by the early 1990s coincided with the birth of the commercial gay scene and emphasis on glitz and glamour. This shift brought about a new focus on lifestyle issues and commercial aspirations featured within national glossy publications.

The grassroots, political and radical voice of local activism saw a decline after Section 28 was repealed. However, to this day, community based LGBT activism continues in Manchester through the work of organisations such as The Proud Trust.

Listen to the full length interview with Andrew Lowrey here.

One thought on “The Mancunian Gay Magazine”