Prestwich Asylum was opened in January 1851, and had become one of the largest of it’s kind in Europe by 1900. It was extended in order to increase the capacity: ‘The Annex’ created space for an extra 1,100 patients, meaning that by 1903 around 3,135 patients could be housed there. Eventually, the asylum closed in the 1990s having run for over 150 years. I decided to investigate the records held at the Central Library to get more of an idea about the Asylum and some of the patients that were admitted.

I found many interesting (and often sad) passages from the records that I was looking at, which were mainly between the years of 1900-1901. What was very noticeable was the language used and the strange treatments often prescribed for the patients- very different from today! A regular term was ‘Phthisis’, used to check the medical background of the patient. Phthisis is an archaic term for Tuberculosis.

The reason for admission was often ‘melancholia’, another example of the older language used. This is a term for depression, but for us it sounds like quite an odd diagnosis.

Here are some of the records that stood out to me as being particularly sad. The treatment and diagnoses of the patients in particular are interesting to look at, especially when you compare them against more modern perceptions of mental health. The doctors are quite blunt and insensitive with their language, and describe their health in ways that I don’t think we would see today. 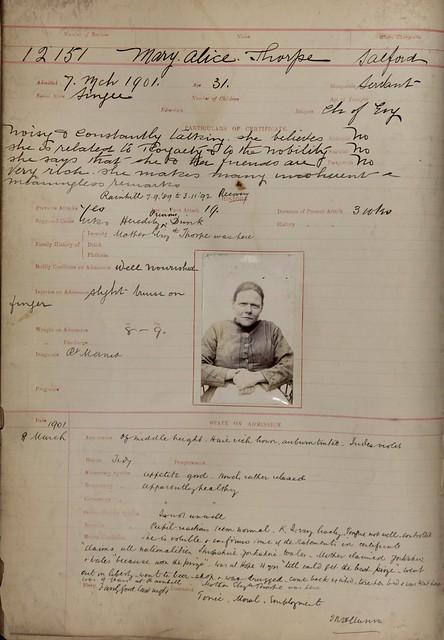 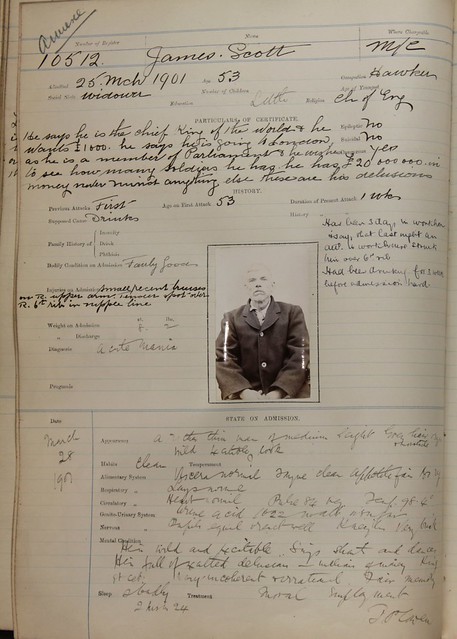 A common theme for the cause of illness for many of the male patients was ‘worry at work’, or ‘money troubles’. This was much more common in the male patients, and was hardly seen in the female records. The role of the male in the family around this period was to provide and earn, and these records show how much working and earning was a vital part of people’s lives. 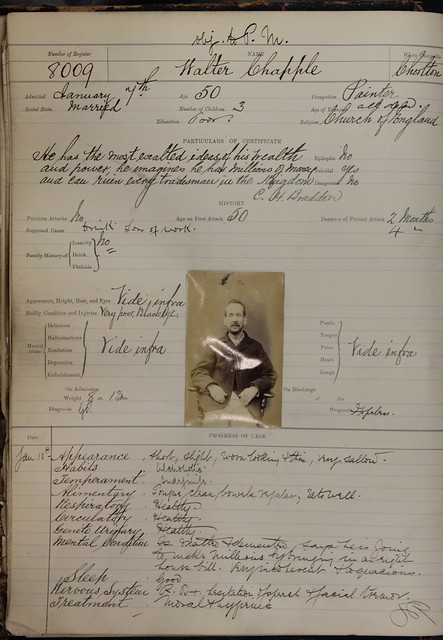 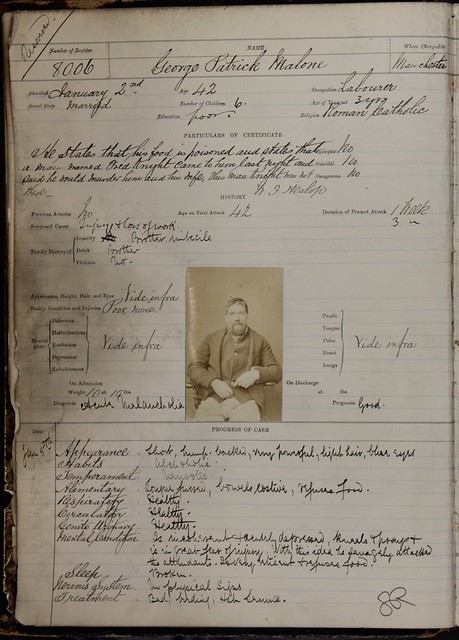 A lot of patients were clearly concerned about the workhouse, which tells us a lot about the horrible conditions many of these people lived and worked in before staying at Prestwich Asylum. 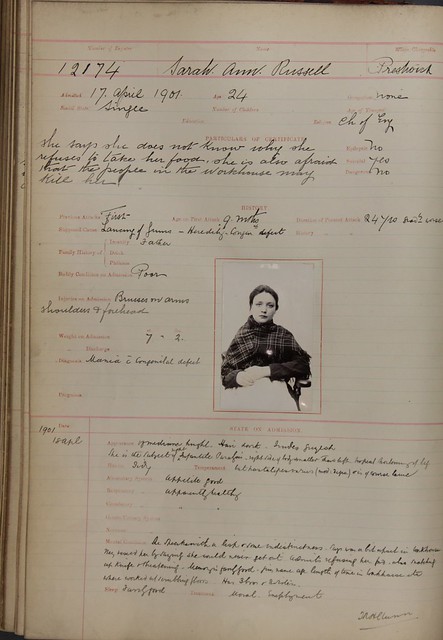 Another interesting feature of many of the records was the treatment given. This was often ‘moral’ or ’employment’. After some research, it seems that ‘moral’ was a method of psychiatric treatment founded on religious motivations. It was seen as a positive move from the often brutal treatments used previously and often described as a cornerstone for psychiatric treatment. However, the practise was still criticised by some, who argued that it made the patient increasingly dependant on the doctor. Employment was a form of daily structure given to the patient in order to create a routine for them, and thus hopefully act as a sort of distraction from their illness. 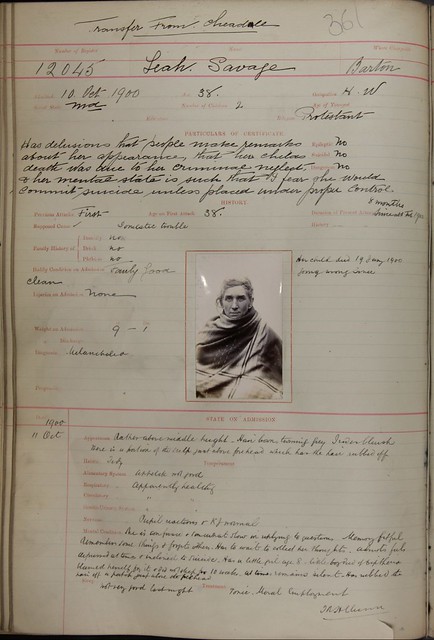 Treatment in Asylum’s before this time was notoriously gruesome, and they were used as prisons rather than places to help people. Practises such as blood-letting and purging were common, with chains often used to control people.

I found looking through these records extremely fascinating, mainly because it is such a huge resource that the library has, and there was so much choice regarding the dates I wanted to look at. I was shocked at the volume of entries from month to month- there seems to have been a huge amount of people who came and went through the asylum’s doors. There were some patients that I came across that would probably not be treated the same if it was today, or even admitted to somewhere like Prestwich Asylum. It says a lot about the way treatment and therapy has changed, but also how we perceive mental health.

Safety in Numbers: Life Inside Prestwich Asylum in 1900

8 thoughts on “The Prestwich Asylum”