At the beginning of the 18th century, Manchester was a small market town with a population of less than 10,000. By the end of the century, the textile industry had grown and became king, which rose population growth to 89,000.

The growth was the result of workers moving out of the countryside and into the city as the prospect of better pay and conditions from textile production. 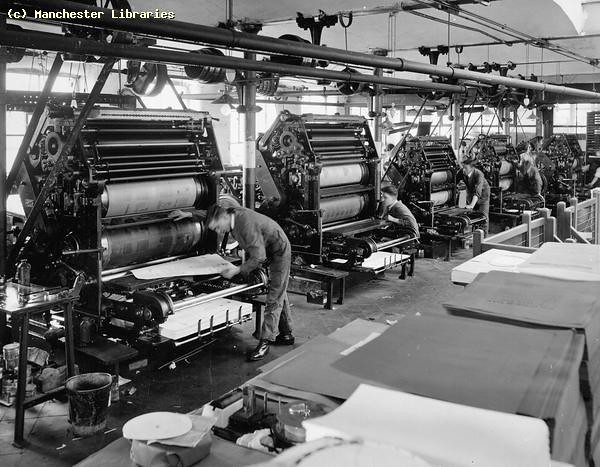 However the reality of Mill life was poor pay, poor working conditions and long hours.

Taken from an interview recorded with Mrs E. Donaldson on the 3rd November 1979, Mrs Donaldson shares her childhood memories of family members who worked in a Manchester Mill.

In the clip below, Mrs Donaldson describes her first memory when she was a little girl, of her Aunt working at the mill and how she would take dinner down for her.

Mrs Donaldson declares how ‘It was her ambition to work in the mill when she was a big girl!’

The next clip is of Mrs Donaldson explaining the tough working hours for those who worked in the mill, and how they did so for very little money.

It was common for cotton mill workers to be three hours into their 13 hour day by 9am. The long working days continued throughout the 18th and much of the 19th century.

During that period, it was widely believed women were not fit for work and should stay at home. However, the cotton boom increased the need for women to work.

Nonetheless, Mrs Donaldson describes how after marriage many girls would be forced to leave work and return to their home environment.

Even in her day, when she was a young adult in the 1920s, she had to give up her office job soon after getting married. 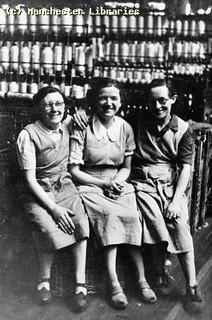 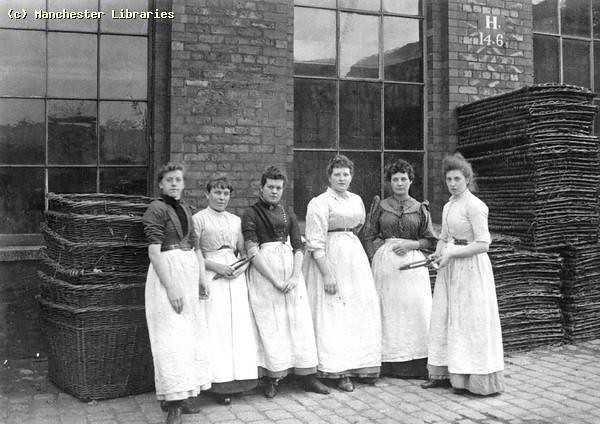 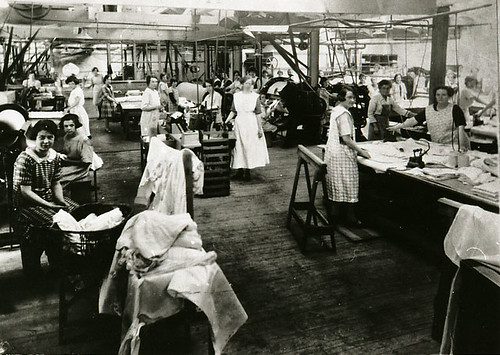 Finally, in the next clip Mrs Donaldson re-visits Ancoats Lane to look at the Old Mill she had been describing and a house her Grandma told her stories about when she was little.

Ancoats, based in the Northern part of Manchester, situated next to the Northern Quarter grew rapidly as a result of the Textile boom and has been called ‘the world’s first industrial suburb.’

Consequently, the area Mrs Donaldson was referring to, became a densely populated area.

Thus living conditions declined; streets were typically back to back and poorly planned, for the poor houses were split between many. Half the homes in Ancoats had no plumbing and half the streets were not cleaned.

As with all slum areas at that time, public health became a major concern. No surprise, in 1831 there was a severe cholera epidemic that claimed hundreds of lives. 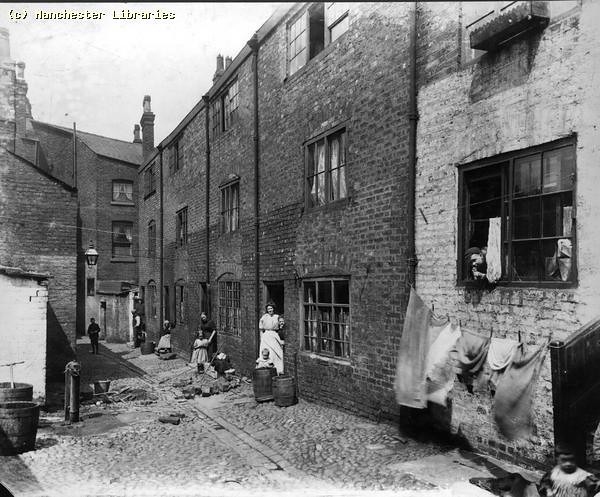 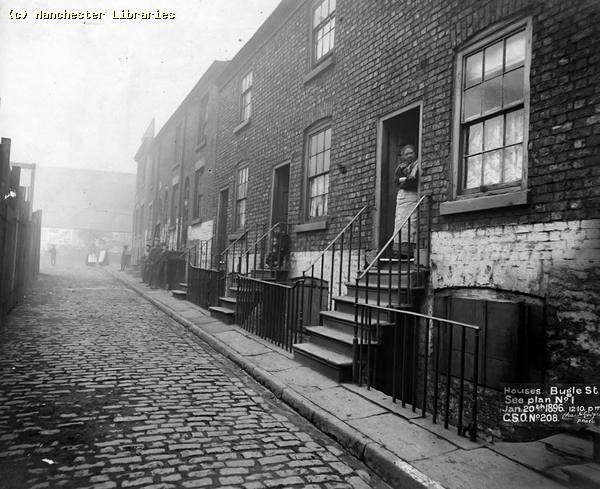 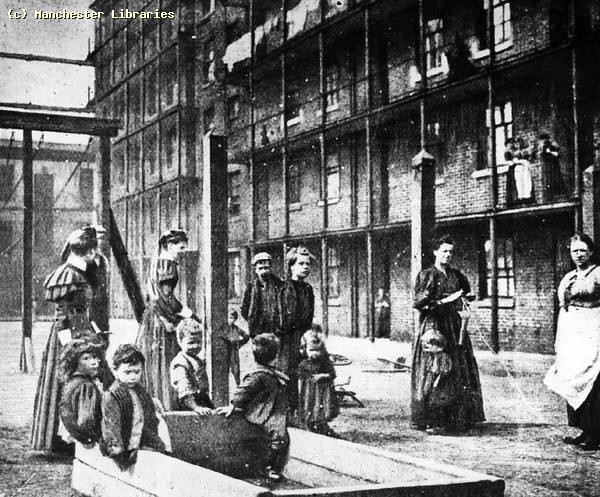 Gradual improvement did happen over the years, with the passing of Factory acts, however for many life working in the brought no financial or social comfort.

You can listen to the whole memory tape at Manchester Central Library.  To listen to more sound clips online check out Archives+ Soundcloud.