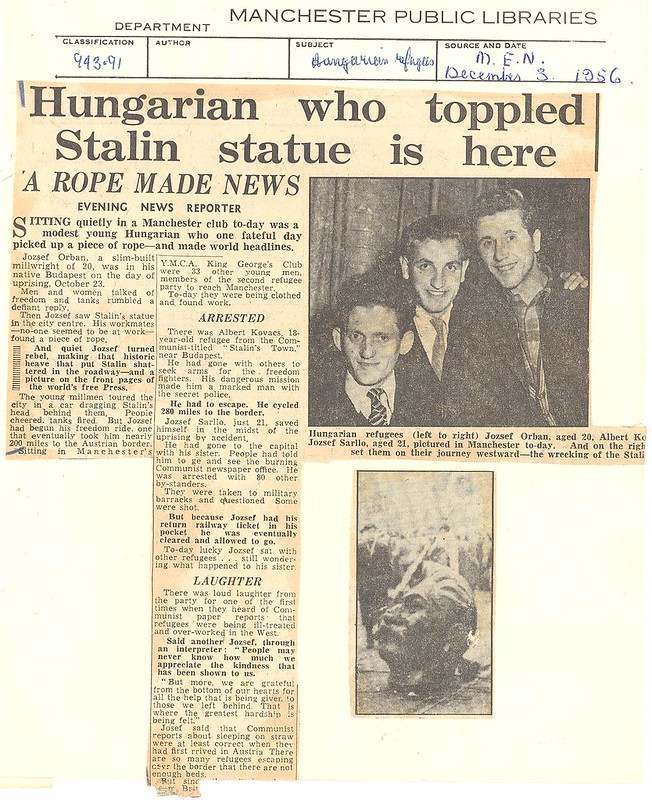 With the Hungarian uprising against the Soviet Regime in October 1956 came a great many of refugees who were escaping the secret police. Thousands ended up in Manchester and were housed in Styal Cottages. This blog is based on council reports of the provisions made for the refugees who arrived. 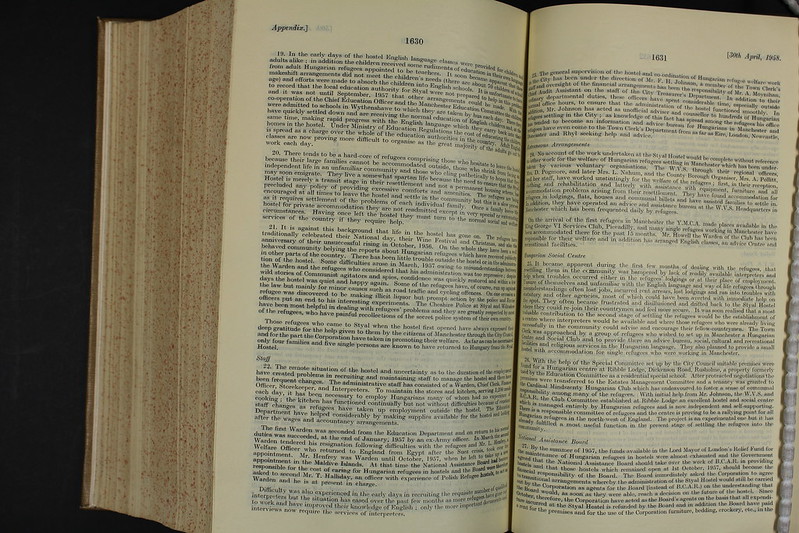 The report shows that English lessons were provided for the refugees, both adults and children, and that the lack of interpreters became a problem as communication issues occurred between the refugees and the officials working at the Hostel. 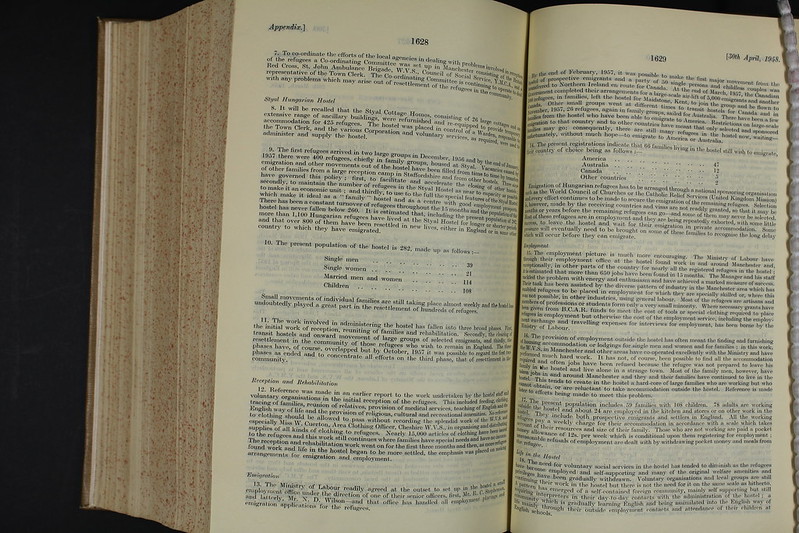 It can also be seen that many families sought refuge from the conflict in Hungary as 222 of the 282 refugees noted in March 1957 were married couples and children. Some of the refugees did not aim to stay in Manchester but wanted to emigrate, in particular, to America, Canada and Australia. It was more difficult for families to emigrate to America however due to the strict emigration policies and so only a selected few could make it on the list. Due to the desire to emigrate many refugees didn’t want to find work or only wanted temporary work while their papers were processed. Those who wanted to stay were found accommodation outside of the Styal Hostel, although there were some who didn’t leave as it meant that they had to leave their families. 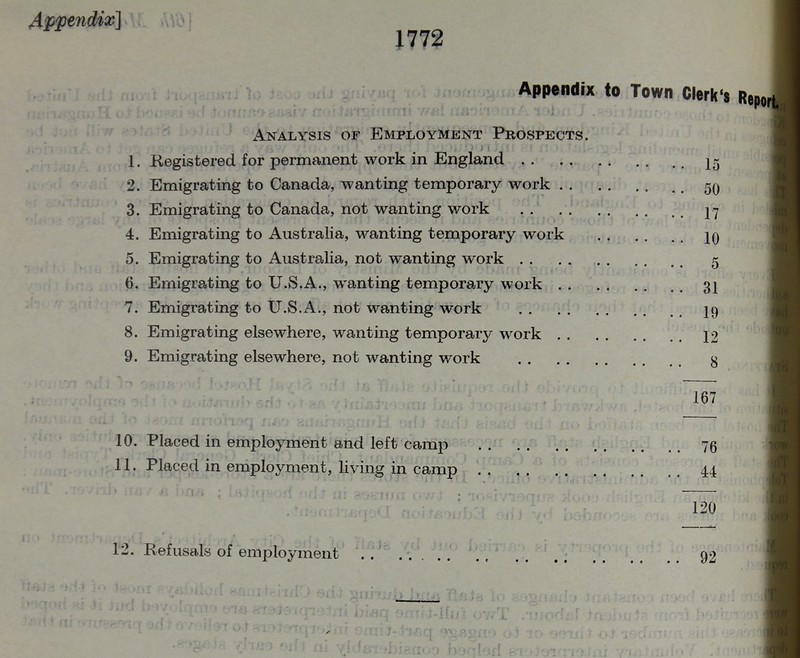 Although refugees who wanted to emigrate, and wanted it to happen as quickly as possible, did experience delays in the processing of their papers and some were refused by the country of their choice. 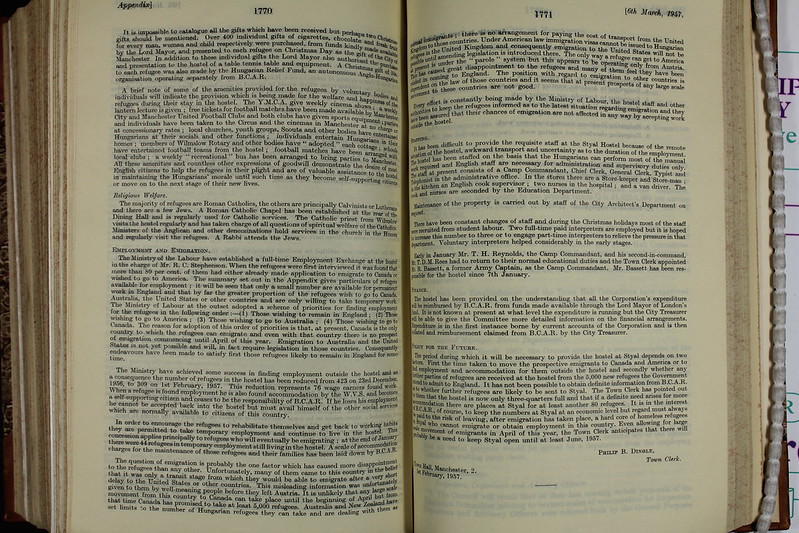 The report also took the time to note down the various religions of the refugees entering the Hostel and many were Roman Catholic or Lutheran or Calvinist. There were few Jews among the group and this may be because many of the Hungarian Jews were killed in Auschwitz during WWII upon their arrival in 1944. 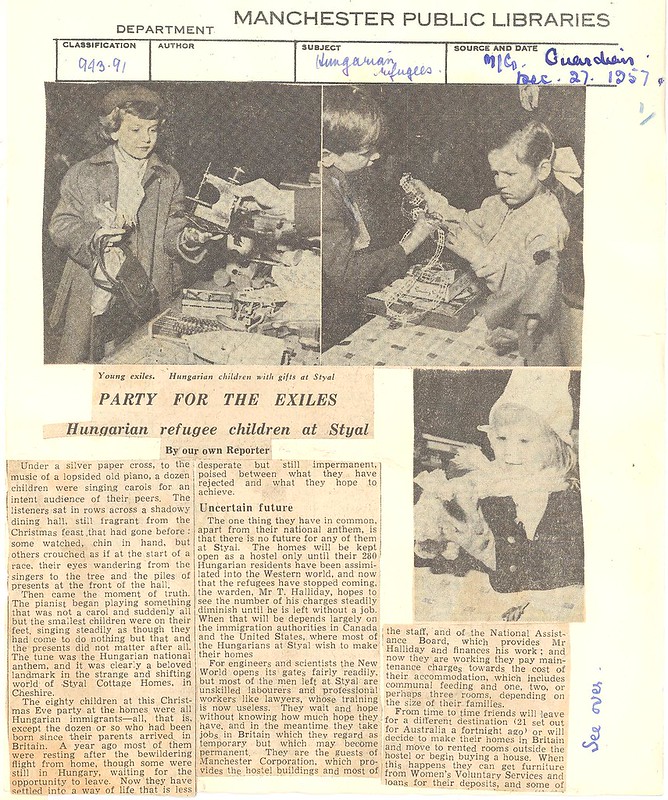 In this newspaper clipping from the Guardian  we are told that whilst many did find the gates to the New World open to them, unskilled labourers and professional workers, such as lawyers, found it far more difficult and so they had to find permanent work in Britain. Also, although they are no longer in Hungary, some of the refugees still protest against the government in Hungary and the brutal way they are putting down the uprising. 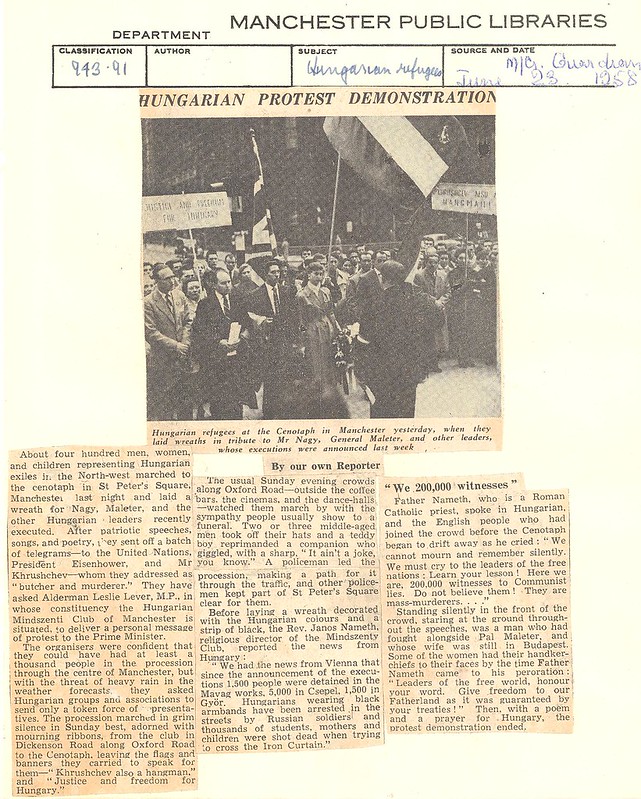