2014 was the anniversary of the start of the First World War. As a volunteer at Archives+ I was given the opportunity to search through school log books from Greater Manchester to look for anything that could tell us how everyday life on the home front was affected. It was a laborious process and the sort of things I was aiming to find were schools being turned into military hospitals, how teachers enlisting for the army affected staffing, effects of the Spanish flu, the armistice and air raids. Anything that was interesting would be digitised on the computer to be put on Flickr for the public to view. The process took me over a year to finish.

The log books came in boxes, usually two or three in a box, and were sorted with reference numbers and grouped together in according to the school names. The schools were divided up into infants, boys, girls and mixed. Each entry from 17th August 1914 to 11th November 1919 was looked at in each log book. This was the bit that took up the most time. 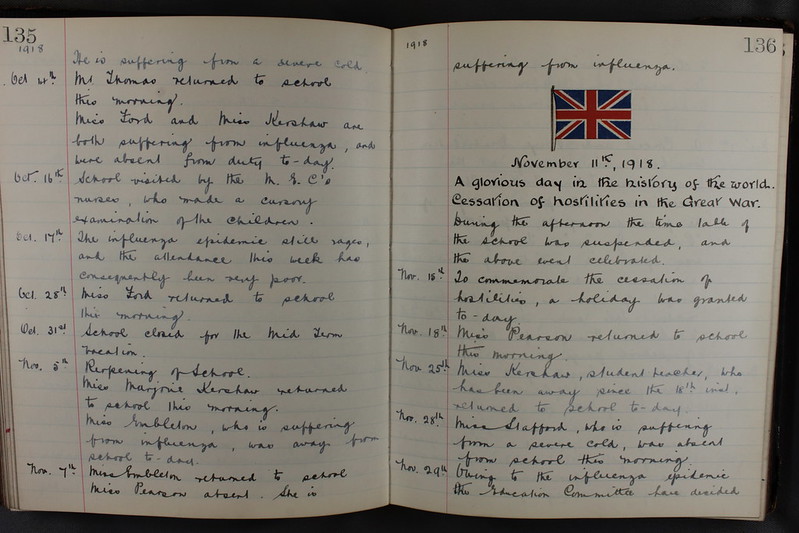 There were two stages to go through. If an interesting entry had been found the log book would be placed on the digitising machine open on that page and a photo was taken from the computer using the software Canon EOS Utility, which was connected to the digitising machine. The Image would then be placed in the file ‘Log Books WWI’ and I then had to manually type in the reference number, the name of the school and the specific date of the entry. For example m66.3.5.1.2 All Saints Nov 29th 1918. The image then had to be turned the right way. 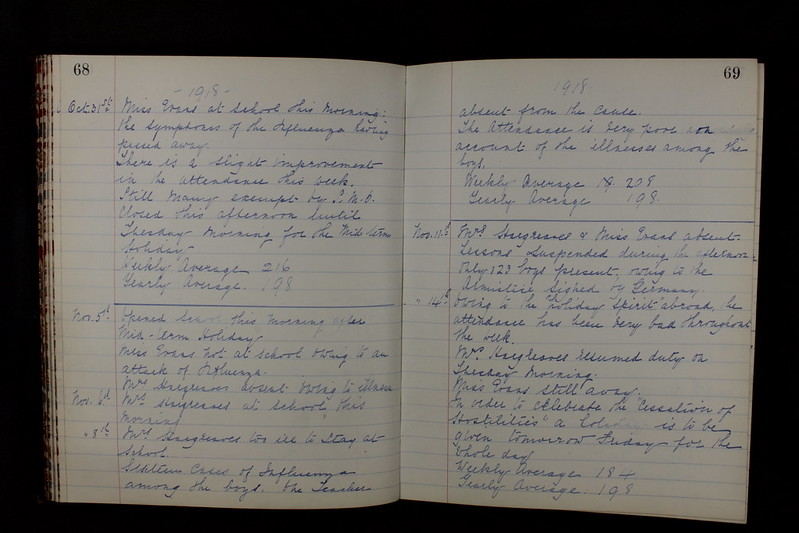 Once all the log books had be looked through the images then had to be sorted into groups so that it would be easier to find the entries. The groups included Armistice day, the Spanish flu, enlistment, absences of teachers due to the war, Empire day, charity and peace celebrations. Once this had been done the images could then be uploaded on to Flickr to be accessed easily by the public. It has been a long process but rewarding and some interesting accounts have been noted.

One thought on “The Digitising Process- The WWI Log Books Project”