As part of the outreach for the event, Manchester sound artist Vicky Clarke ran workshops with young people at the Proud Trust. Thinking about sounds that are in our environment, everyday and not always considered musical we wanted the group to find, play and record sounds and noises within their centre. 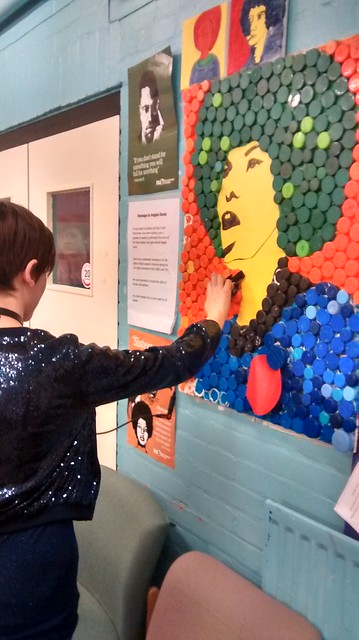 The idea being that the group would find sounds that were intrinsic to their building from surfaces, materials, shapes and images. These sounds will feature in a new soundscape composition to be premiered at the event.

In the first session we made noises using theremins, turntables and paper, this involved the group sketching shapes and patterns of objects and images from around the venue and turning these into repetitive paper stencils or graphical scores. 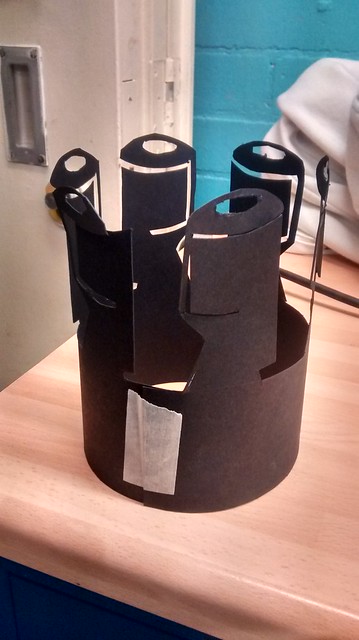 Some of the objects/shapes were triangles found in the roof of the building and flags adorning the centre, sine wave shaped boxes and even a bottle of hotsauce from the cafe! 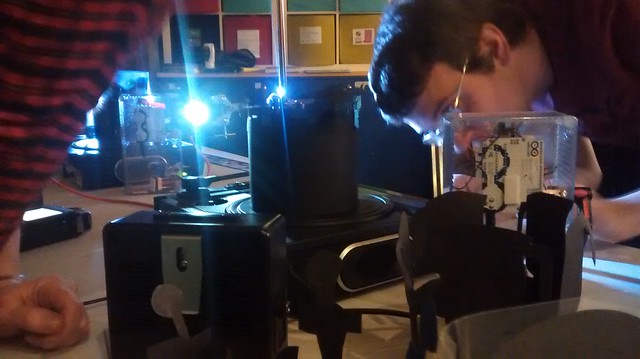 Each shape and object produced a unique electronic synth space sound, when played on the turntables with the oscillators, which was particularly apt with the group conversations around David Bowie and space that week.

The sounds of the shadows of the shape of a collection tin at @TheProudTrust pic.twitter.com/87AlSQS28n

In the second session we made our own noise machines, building light theremin circuits and the group played these in pairs responding to the light and their bodies within the building. 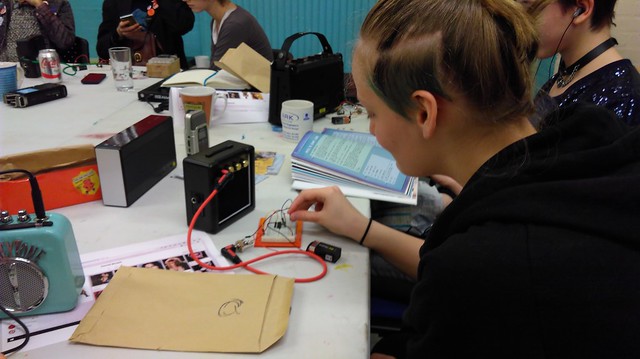 We then searched for hidden sounds around the venue, using contact mics and mini amps, placing mics on different surfaces and objects, the group uncovered some amazing sounds, such as chair legs that sounded like trumpets, boiling kettles that sounded like jet planes and crinkly sounding salt shakers. 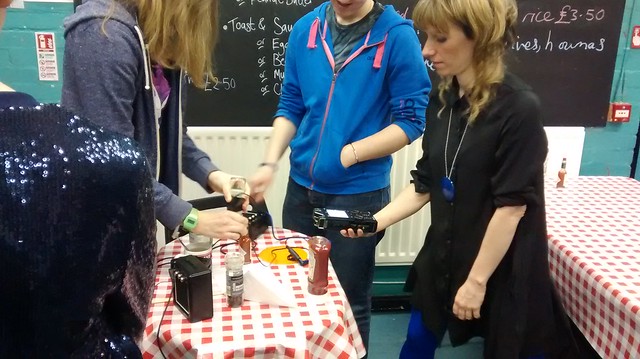 You can hear the sounds the young people made in this mashup.

Want to know more? Come along to the LGBT Voices event at Central Library on 26 February.

If you’re feeling creative, have a listen to some of the oral history clips and submit your own creative piece based on the stories. You could be performing at the event! 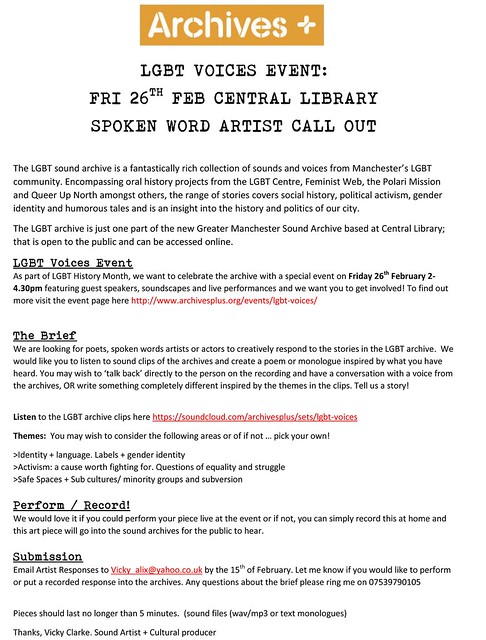 One thought on “Sound Art Workshops at @theproudtrust”