For my first Archives+ blog I decided to write about Rationing during World War Two; when looking for specific topics to focus upon there were two particularly useful sources that I thought to order up from the archives. These were documents relating to the way in which the Library’s dining room dealt with the shortages of food, as well as some informative booklets offering advice for school children.

Establishments such as hotels, restaurants, tea shops and other public houses obviously could not adopt rationing in the same way normal households could. A 1939 leaflet entitled Preliminary Statement For The Guidance Of Catering Establishments by the Ministry of Food outlined the steps that had to be taken by a ‘responsible head’ in order to get an organisation classed as a catering establishment.

There were several documents in the archives that originated from Manchester Library itself, regarding food for the staff dining room. On November 3rd 1939 the town clerk R.H Haddock (Manchester Food Control Committee) replied to an application by the Chief Librarian for rationed foods.  Amongst these documents there were also some interesting figures regarding the scarce allowances that were given to staff, a letter from Manchester’s Central Food Committee detailed the small amount of ingredients permitted for each meal:

Given the shortages of such supplies it’s little wonder that as much suitable space as possible was taken over in order to grow vegetables. Clive Hardy (In Manchester at War) writes that a railway embankment adjacent to The Ford Merlin Engine Plant at Trafford Park was taken over in order to be made into an allotment. Other public spaces, including Piccadilly Gardens were also utilised to provide allotments.

The archives suggest that one of the biggest concerns for the government was helping children cope with limited food. Charles Hill (nicknamed ‘The Radio Doctor’), who starred in the Kitchen Front radio series said of the significance of the younger generation that: ‘nations are made out of nurseries’. Their growing bodies were seen as incredibly important, those between the ages of 6-16 especially required ‘building foods’ such as milk, the recommended amount of which was a pint (contributed to by the milk in schools scheme). 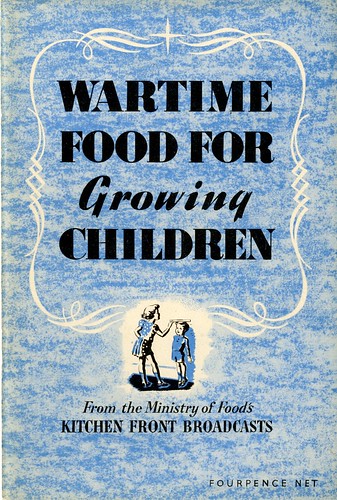 A 1940 booklet entitled A Guide to School Dinners in Wartime’ was specifically aimed at those responsible for school meals, advising them on how to best maintain a nutritious menu, despite what it defined as the ‘current difficulties’. It emerges that the booklet was published because of the requests for advice on dealing with catering issues; and mainly consists of a variety of recipes including light meals such as soup, desserts and mains (including vegetarian dishes). 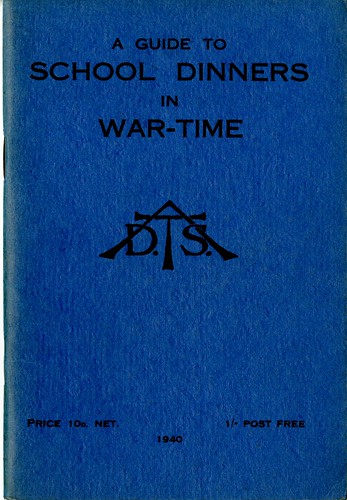 The main principles of a healthy diet were defined as the following: 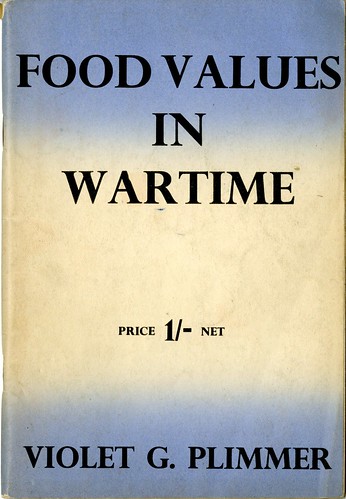 One meal that cropped up in two of the booklets was the ‘Oslo Breakfast’.  This was recommended because it offered the best possible balance of the aforementioned food groups. Developed in response to the unwholesome nature of pre war diets, a Norwegian doctor realised that an uncooked meal which incorporated all of these groups was much more effective than an ordinary midday dinner. It gives you a glimpse of how different expectations were 70 years ago, as it was considered an ‘unfamiliar’ meal that the public would most likely be ‘reluctant’ to try:

Although perceived as an expensive meal to serve to hundreds of children, it was one that saved on costs in other areas due to the lack of equipment and labour usage. Equipment such as cooking utensils were of course as much of a precious necessity as food was; minister of supply Herbert Morrison famously stated that each and every piece of scrap was a potential bullet to be used against Hitler.

There is a lot more information on rationing to be found in the archives mentioned in this blog, which can be viewed in full in the archive search room at Manchester Central Library. You can search the catalogue and book an appointment here.