‘The adults received on this day a breakfast of tea and bread and butter and dinner of roast beef and potatoes followed by plum pudding. Men above thirsty years of age received a small allowance of beer and half an ounce of tobacco. Women above the same age received each a half pint of beer and a packet of dry tea and some sugar.

For the children, there were apples, oranges and sweets. At supper, the fare for all the inmates was the same as for breakfast. On New Years Day five Christmas trees will be stripped and the toys given to the children. 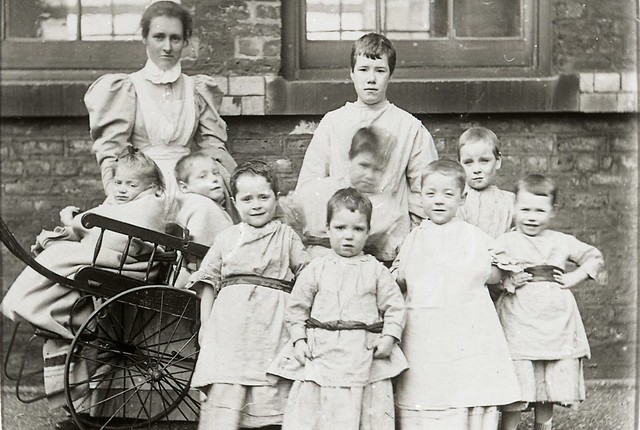 Children and a nurse at a Manchester Workhouse, image courtesy of flickr, http://bit.ly/ZT4soM

‘On Christmas Day, carols were sung by the children who, after morning service, had a grand day at their own games.’

Excerpt from The Manchester Examiner and Times, Thursday December 26th 1889.